M.C. Escher. "Land and Sea."
M. C. Escher (1898 - 1972) was a Dutch artist who was known for his black and white pictures (graphic prints) that featured designs that tricked your eye.  They were often inspired by mathematics, but were usually things that could only happen on paper, not in real life (impossible constructions).

In the picture "Land and Sea," Escher plays with the artistic concept of POSITIVE and NEGATIVE space.  Usually an artist will create an image that has a main focal point, such as an animal or a person: that would be the positive space of the picture.  Any empty space in the background (filled with sky, perhaps) would be the negative space.  If you look at the top of Escher's picture, you see black birds on a white background.  The birds are the positive shapes, and the white is the negative space.  However, as your eye moves to the bottom, the black becomes the negative background, and the white turns into the positive shape of a fish.  Notice how as you go from top to bottom, or bottom to top, the positive and negative reverse roles, and how in the middle both the black birds and the white fish are seen equally.  This is the "trick" that Escher is playing in this picture.  It is really fun to look at and see how he accomplishes this.  In the middle row, it is hard for your eyes to stay on either the bird or the fish, as both are equal focal points in this spot. 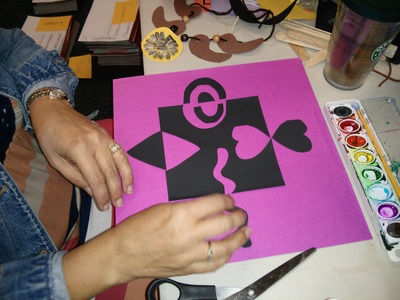 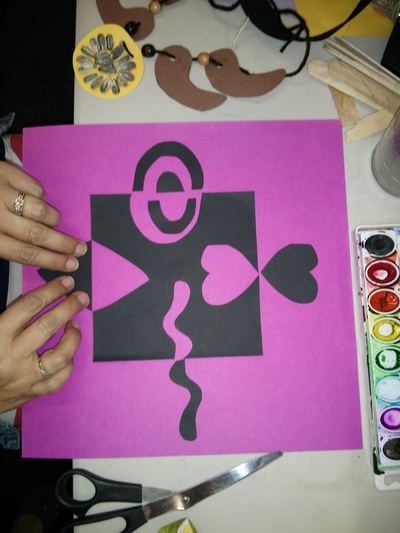 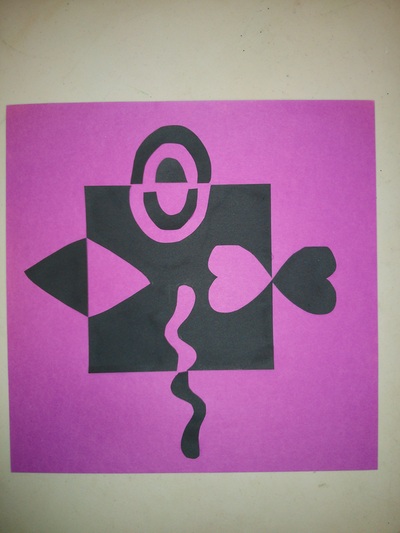 -have a parent volunteer walk around and pass out the black construction paper, one per student

-students start cutting out the shapes on each side of square careful as they cut to not cut into another shape and have their square fall apart.

-have students raise their hand when they are done cutting and take a look to see if they cut enough shapes.

-have students lay out their square in the middle and the pieces opposite where they were cut out.  Have students raise their hand for parent volunteers to inspect before they start to glue.

-pass out glue bottles to students that are done and have had their placement of pieces checked by a parent volunteer.

-collect any extra scraps, glue bottles, and coffee filters to be used again. 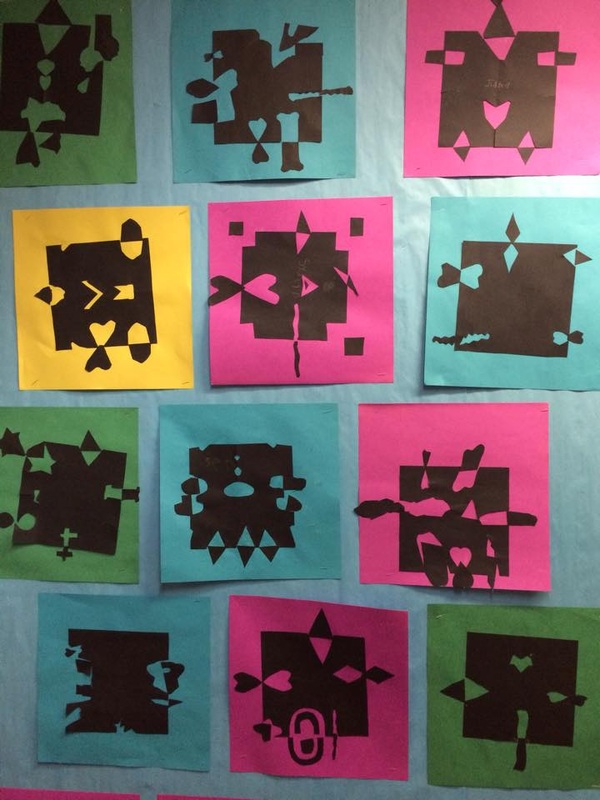