Romare Bearden (September 2, 1911 – March 12, 1988) was an African-American artist and writer. He made art in several media including cartoons and oils but is probably best known for his work in COLLAGE. Bearden's  work often focused on unity and cooperation within the African-American community.
Talk about the term "collage" and how Bearden used paper, but also pictures he cut out of magazines.  He painted and drew on the pictures too.  (For more info on the origin of collage, see "Guitar Collage" project for 1st Grade)

Talk about shapes of buildings: rectangles and squares.  Notice how he repeats the shapes over and over again, some bigger, some smaller.

Talk about what kinds of buildings you might find in a city.  How are big cities different than where we live?  In our city of Chino Hills, CA, for the most part stores are together in one part of town and houses are in the neighborhoods, but in cities, those things can be right next to each other.  Have the kids help you list a lot of different kinds of buildings that could be on a city block, such as apartments, restaurants, stores (of all kinds), banks, police and fire stations, libraries, museums, schools, pet stores, hair style places, churches, etc.

Bearden started out making his "Block" a fairly literal representation of his Harlem neighborhood, but as he worked on it, he wanted to make it represent something broader than that.

You also might want to take a look at the Met's Museum website for a guided look at "The Block": http://www.metmuseum.org/metmedia/interactives/art-trek/romare-bearden-lets-walk-the-block

**This is a collaborative class project** 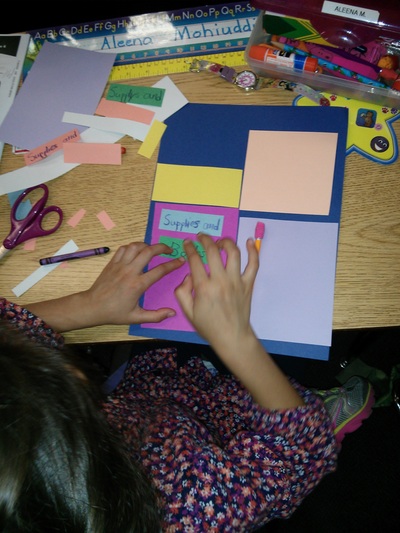 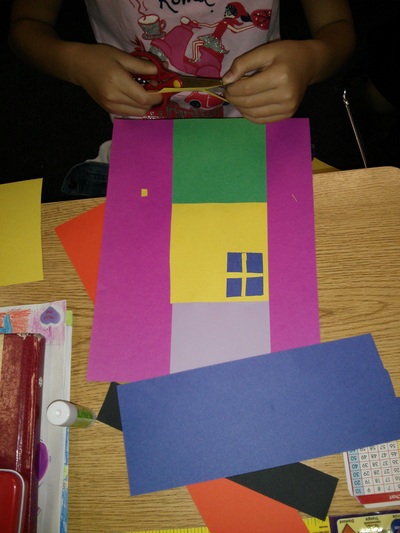 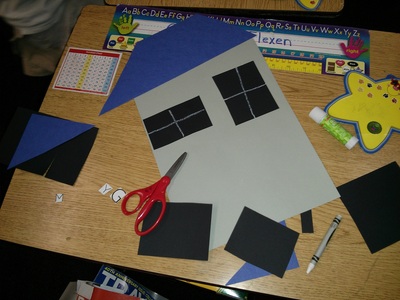 Pass out a 9x12" sheet of paper for each student.  Have the students decide what kind of a building they are going to depict.  Refer to the list you came up with in your earlier discussion.  It's all right if more than one person wants to work on the same kind of building (although I did ask my class to try to do something different from the kids sitting next to them, at least).  You can also nudge them--if two want a pet store, maybe one could be a veterinarian's office, or even a zoo!  If they want the same fast food restaurant, suggest another brand or food type, from burgers to pizza or tacos, for instance.

I put the scraps of paper in a large plastic bin and had the students come up row by row to select a small amount to start planning out their building.  I told them that once everyone had a chance to get some paper, they could come back for more or to trade out colors or size, if they changed their mind as they started working.

Let them start cutting and gluing as soon as they are ready.  Remind them to fill up as much of the page as they can, so the buildings will connect better when the pages are hung next to each other.  Tell them that the buildings don't have to all be one color--they can be broken up into colored sections or floors.  Have them add windows and/or doors plus signs or other building details.

When the children have their buildings glued down, allow them to choose a magazine to find pictures to add interest.  They may find images to illustrate the purpose of their building (food, pets, etc.) or just to add people in the windows or on the street, or whatever they want.  They may also choose to cut out letters for their sign.  Alternatively these details can be drawn with crayon or cut from the paper scraps.  It is up to the child.

Tip:  The kids LOVE looking through the magazines for images, so make sure they get their buildings done first!  Also, it might be a good idea to set a time limit or this part can go on too long.  If you have enough parent helpers, another idea is to have one of them browse a magazine too, to find possible images and cut them out for interested students.  (For example, "Is anyone doing a firehouse? Here's a picture of a Dalmatian you might like."  "Can anyone use a picture of a phone?  money?  a juice box?"  and whatever else you find that looks promising...) 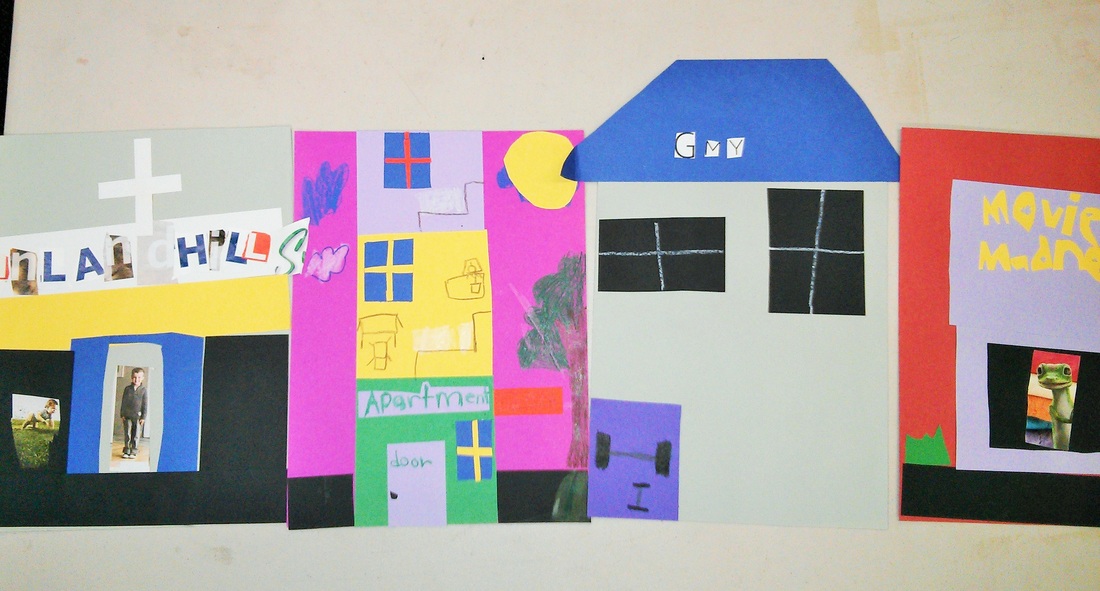 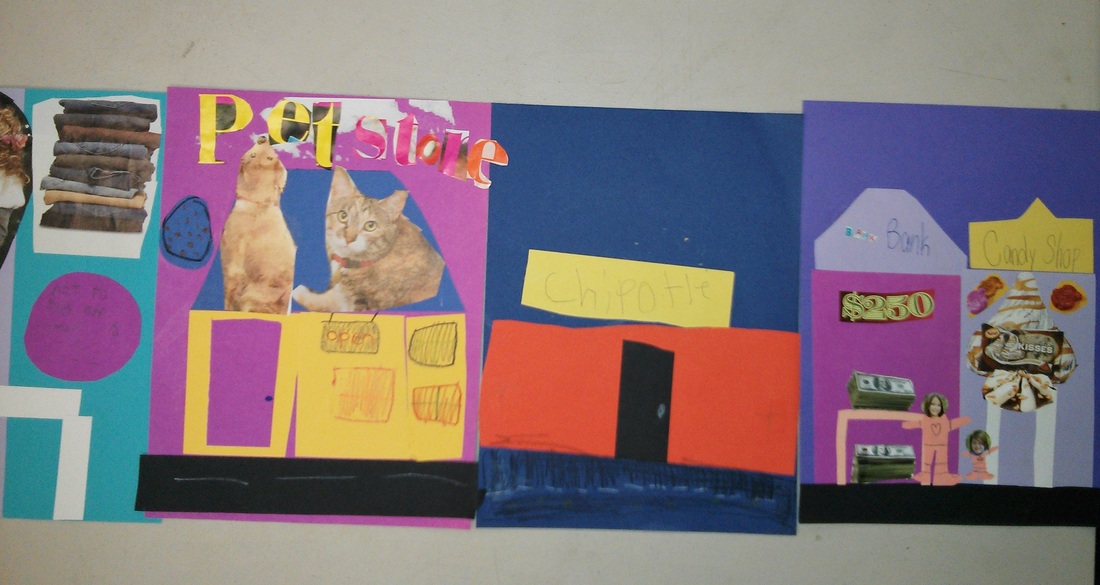