Starting in the 1860s in Paris, France, a group of artists got together to exhibit their paintings of the world around them, including a lot of scenes of nature.  These artists were excited about how "modern" the world was becoming, and they wanted to paint in a new, modern, way as well.  They wanted their art to be fresh and vibrant, so instead of spending hours in their art studio perfecting and polishing their paintings, they took their canvases outside, and painted with short, quick brushstrokes, trying to capture the colors and lighting qualities of the moment.  Indeed, because they wanted to get that first impression of a moment down on canvas before the light changed, these artists became known as "Impressionists."  (See also 1st grade project, Monet "Water Lilies.")

At first, the public didn't like the "messy" paintings of the Impressionists.  But it didn't take long before their style caught on, and many other artists started using the same techniques and styles to make their art, or to adapt it for their own uses.  Fourth graders studying California history might especially enjoy knowing that a whole group of artists adopted this style in the early 20th century and started a movement that became known as California Impressionism.

The California Impressionist artists depicted the California landscape — the foothills, mountains, seashores, and deserts of the interior and coastal regions.  They painted the beautiful California scenery using the same approach as the French Impressionists: painting directly outdoors, with bright colors and loose brushwork.  All of the examples shown below also include fields of the state's flower, the poppy!  Look at the variety of natural elements in the pictures, from hills and mountains, to the ocean, trees, bushes, and of course the flowers.  Point out how the short brushwork that the artists used is very noticeable in the pictures, making the images look a bit blurry or unfinished.  This is exactly the quality that they liked!  Also note how when we look at scenes of the nature, the artist can make it look more real by making the things in the "front" look closer by making then brighter, darker and more vivid.  Then there is usually a middle ground that is a little less bright, as well as a background that starts to look less distinct with fewer details and lighter colors.  This art project will try to recreate that effect. 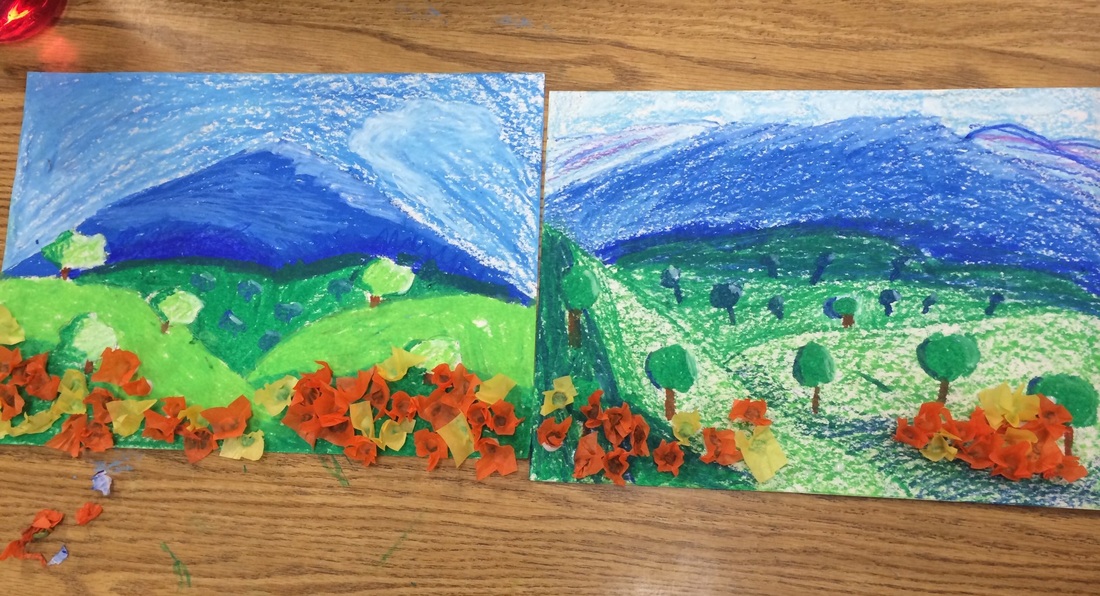 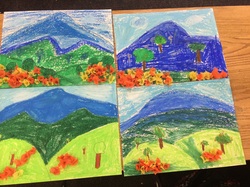 Oil pastels for each student

Pencils to use eraser to glue down tissue poppies


Art Project
-pass out paper to students, tell them they will use it horizontally and to put their name on the back

-have students use their pencils to draw their background, foreground, and middle ground

-pass out pencils to use erasers to help glue on poppies 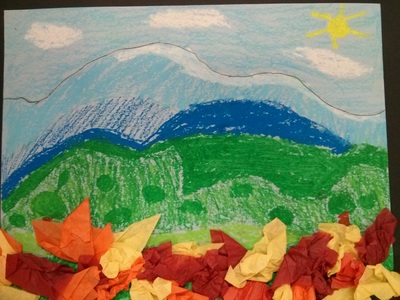 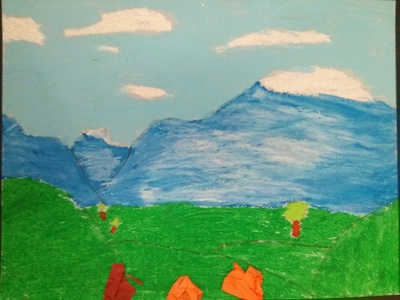 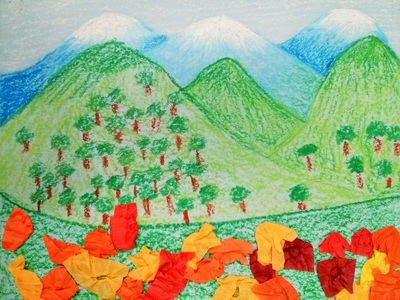